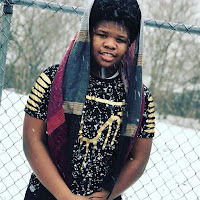 On May 5, 11 am at the MLK Statue on MLK Boulevard, about 2 blocks from Arts High School, there will be a youth led “MLK Jam” rally against war.  This rally will be organized by youth, working together with the NJ Anti-War Agenda group and Peoples Organization for Progress and other peace and justice groups.  Unlike other anti-war protests that have been going on in Newark, the speakers at this rally will all be youths – from Newark and other communities.  This rally will also feature music, spoken word, and possibly other performance and visual arts presentations.  Opportunities are available for youths either from Newark or other area communities to make presentations of opposition to US warfare and also to perform music, spoken word, dance or present visual art as statements against US war.

As part of the effort, around 50 students of Arts High School in Newark, on April 26, participated in a banner raising and sign holding event outside the school on MLK Boulevard in Newark.  The students held signs in opposition to US warfare and pledging their commitment to participate in the May 5 event.  Organizers of the event captured their participation as photos on an Instagram account called AntiWarYouth .  Participants were also given a letter inviting participation in the May 5 protest an a copy of the NJ Antiwar Agenda paper.

The banner the students were supporting was created by NJ AntiWar Agenda – an organization of groups and individuals that coordinates monthly antiwar protests in Newark and publishes a paper.  The banner states “Fund Newark’s Needs, Not War; US Out Now!”  It also provides details on this Saturday, May 5 antiwar protest.

The following are some Instagram pictures of the Arts High School students taking a stand against US warfare: 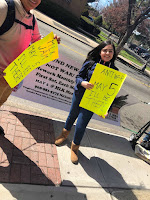 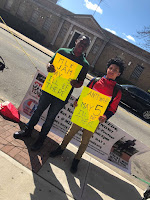 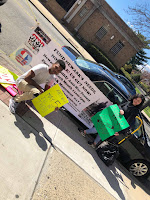 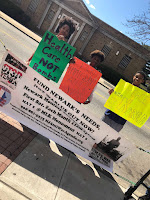 In a recent letter inviting youth individuals and groups to participate in the even, Arts High School Junior and antiwar organizer Tahir Flournoy stated:

“We are calling for youth of Newark and area communities to participate because it is the youth being recruited into these wars to fight for a country that is not fighting for us back at home.  We of course also are not interested in having our lives cut short by nuclear war nor do we want US guns trained on the our sister and brothers - young people in countries throughout the world. 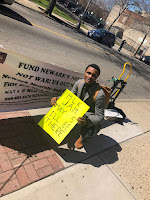 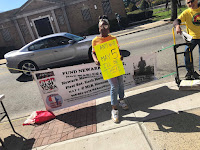 The solutions for our problems here at home can not be found in battle fields near and afar.  Some of the issues at home that are concerning to youth are lack of funding in schools, as well as allocation of funds in the government. The US government is spending close to $800 billion per year on warfare.   Flint’s water system only costs 50 million to fix and yet nothing has been done.  In some Newark schools we are also dealing with water just as toxic as in Flint.

One of the participants outside Arts High School was Rakhyriah Foster.  She states that instead of spending funds on war, “I think that’s the US money collected from taxes should go to public school because most parents can’t afford for their children to go to a charter or private school. I do think that cleaning up the toxic chemicals in Newark and Flint Michigan are important because this is the water that we drink and bathe in and it is unsafe.”  She stated further “I feel good that I took a stand. I have attended a protests before and I honestly think I would attend another protest.”

Tahir Flournoy, who organized the banner raising / sign holding event outside Arts High School stated of the activity. ”Giving oppressed children a chance to protest outside their school to me shows them just a little more of exactly how oppressed they are. Often times when the oppressed are surrounded by the oppressed, they don’t see it as being oppressed. It’s normal to them, so them being able to protest opens them up a little more and helps them want to get involved.

I do think it’s important to do because sometimes all a kid needs is to get that one spark of activism in them to start them on the rest of their journey. Sometimes they don’t have an outlet to know when and or where protest rallies and different things are going on, and us bringing the protest to them is a touchdown for all activists." 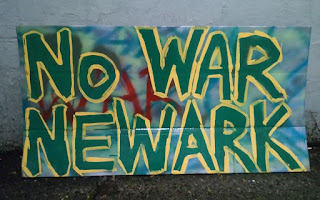 Tahir states that pizza will be provided at the May 5 event.

Those interested in speaking or performing, participating or supporting the May 5 event can call or text Tahir Flournoy at 852-754-6691 or through the following: