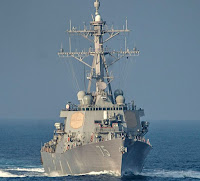 
Please promote this widely as if all of our lives depend on it.

There are links to the events – please click them and commit and spread it further.

Organizers representing NJ Anti War Agenda, NJ Peace Action and the Peoples Organization for Progress have set up contingency plans for an emergency protest on the day of or next day after a US assault on Syria – that the US, France and UK are currently threatening.  Russia has vowed to defend against any such attack by shooting down any incoming missiles and attacking any vessel from which such missiles are being launched.  China has expressed support for Russia's position.  Any such attack could escalate into a major regional conflict and even result in the start of a nuclear confrontation.

The action will occur at the Martin Luther King Jr. Monument on MLK Boulevard In Newark NJ.

The duration of the event will be determined by many factors including number of participants, weather, the tone of the event, etc.  If we are successful in pulling together a massive response the duration could be longer.

We are encouraging all who have an anti-war agenda in the NJ area to either support, attend and participate in this event or organize similar events at other locations.

Please text to 908-881-5275 to confirm your plans to participate - assuming you do not have a schedule conflict.

The next monthly antiwar protest at this same site is scheduled for Saturday, May 5, 11 am - 1pm and is dedicated to the "Youth's Stake in the Antiwar Struggle" - please commit to participation now:

We also encourage all to attend and participate in this Sunday’s event in NYC:
https://www.facebook.com/events/2089893391248150
New York Region Spring Action Against Wars at home & Abroad


Rally at Herald Sq and march to Trump Tower. This is the NY region mobilization called as part of national regional spring actions throughout the country.

With the recent escalation by the Trump administration of the wars in Afghanistan and Syria and threats to North Korea and Venezuela; huge increases in military spending and the threats of nuclear war; as well as increasing attacks on the rights of workers and communities of color and the dangerous growth of white supremacist forces, the time is now to return to the street to make our voices heard.

Additionally, Trump has now announce that he will hold a military parade to show off the might of the US military. This will clearly be seen as a threat by the entire world.

This is part of nationally called regional actions that will take place around the country to challenge the war makers and defend humanity.

The future is in our hands.

Anyone in Northern NY State should contact Corey McGrath for information about organizing protest to this escalation up that way. https://www.facebook.com/corey.mcgrath.52

Meanwhile - join our fight to stop the $2M war project at Rutgers University.

Protest from Wisconsin.
Posted by Bob WItanek at 5:35 PM